New research into the cultural economy shows that while there is considerable public interest in access to creative jobs, there is a concern that these jobs are limited to organisations with privileged backgrounds (Oakley & O’Brien 2016; Taylor & O’Brien, 2016). Yet research that investigates the practices of arts and culture organisations that represent multicultural ethnic communities and employ minority performers and artists is lacking in the UK. This studentship will study capacity-building and resilience-enhancement in multicultural-led small creative and cultural enterprises, with emphasis on how networking processes and digital awareness impact productivity and opportunities in the sector. Particular attention will be paid to the ways that enhancements to ethnic creative industry production might not only expand and improve the cultural economy, but also act as intellectual and social ‘borderwork’, ‘contact zones’ and/or ‘engines of connectivity’ (Cooper & Rumford, 2011). This project has potential links to the Supervisor’s AHRC Leadership Fellowship.

Partner Organizations Three organisations are interested in investigating how to develop cultural production opportunities in support of diverse workers and audiences. Each offers a unique scale and perspective:
Sangini is a small Asian-led third sector women’s organisation in South Shields, established in 2002.  The non-profit aims to reach disadvantaged and hard to reach groups to tackling inequalities. Sangini uses arts and heritage participation and education activities to engage with women, and in doing so raises issues related to identity, migration and well-being.  Kommunity is a multipurpose CIC and community venue in Newcastle, home to the annual VAMOS Festival of Spanish and Portuguese-speaking cultures, established in 2006. Kommunity hosts a wide range of arts and cultural activities and performers/artists that draw on their heritage in their art.  GemArts is a larger non-profit organisation with similar aims – to profile multicultural arts and culture producers and engage with diverse audiences – but supported by Gateshead Council, Arts Council and other funders.

Applications:  This project is being considered for studentship funding in competition with other projects, available to applicants who are a United Kingdom citizen or be resident of another European Union country. While welcoming all eligible candidates, we strongly encourage applications from women and under-represented groups.  See: https://www.northumbria.ac.uk/research/postgraduate-research-degrees/npif-studentship-projects/ 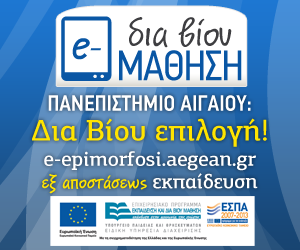